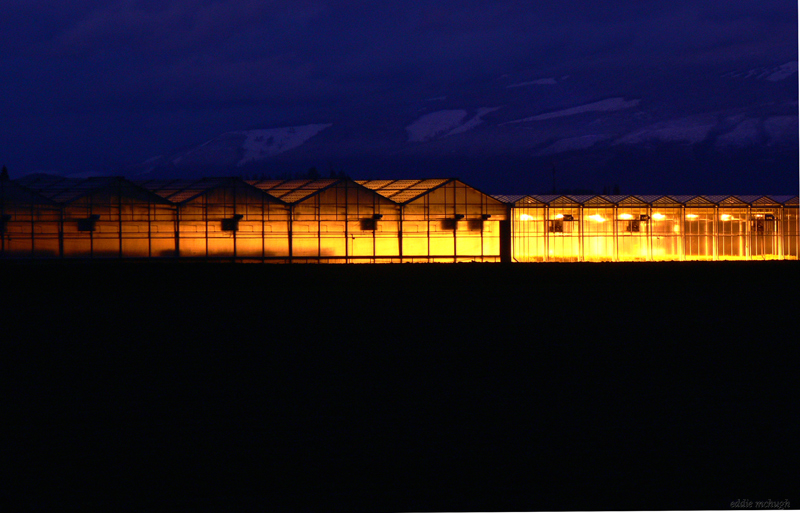 A difficult photo to capture this was my second chance ,a full one year later than my first attempt. My first try involved a small tripod set on the hood of my car. the second try I had my pro tripod and was able to set up for the long exposure. The light ,and weather conditions were almost exactly the same as the first attempt, the trick was getting to the point of focus when the lights were on in the greenhouses .. an unpredictabele phenomenon…that required vigilance on my part….