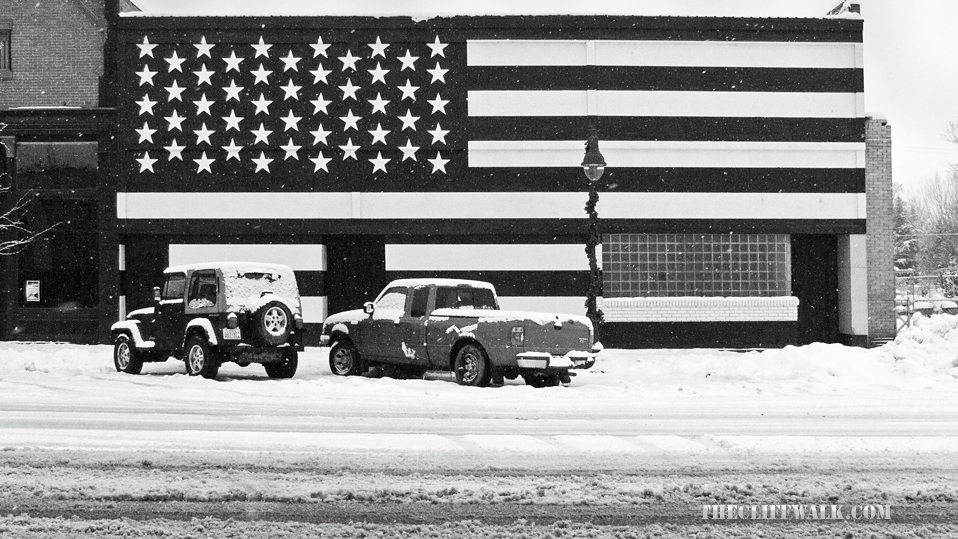 This flag mural was painted by a local artist and wine maker who ,in fact, owns the building in the little eastern Washington town of Waitsburg..
There appears to be some controversy as it was an American legion hall and the mural is viewed by some veterans as disrespectful because it’s not red ,white,and blue. Here’s a link to the artist explaining his
concept: http://www.youtube.com/watch?v=D8Tqi4wrZm0