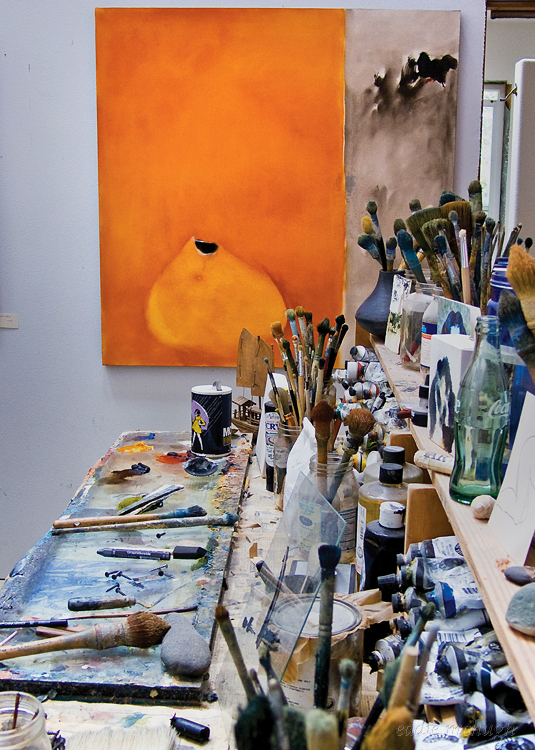 Over two years ago  Skagit Valley Artist Bill Slater passed after a prolonged bout with pancreatic cancer.  We had met at a party and exchanged phone numbers in agreement that I should visit his studio. Time passed and as opportunities often do ..it passed. Finally upon Bill’s death I visited his studio  sadly as a guest at his celebration of life party.

In rememberance I photographed the whole affair and captured a number of fine portraits that I’ll be posting over the next number of days.

Included  here is a link to a memorial slideshow I made . My ‘signature’ photo for the Cliffwalk which is the girl on the motorbike  which consequently is on my business cards was taken at this event. The author Tom Robbins “Even Cowgirls Get the Blues’ and Bill were close friends of over 40 years. Two southern gentleman that migrated to Washington State.  The cabin where this studio is located is on ‘Pull and be Damned’ road  near La Conner,Washington USA. Early on after their arrival in the early 70’s Bill was living on this site in a very rustic cabin with no electricty

or  heat save a woodstove. Bill’s wife became pregnant and in true southern style Tom offered up his house in town so  Bill’s wife wouldn’t be uncomfortable during the pregnancy.  a good share of’Cowgirl’ was written in this cabin.

9 thoughts on “To Paint”